I could live in Melbourne. The only problem is that it is one of the most expensive cities in the world. Not that Los Angeles, Washington D.C., New York or San Francisco are affordable either, but those of us who have lived there find a way.

Melbourne has beautiful buildings, several gorgeous cathedrals, but like any major city there are some run-down areas as well. Quite a few street artist’s taking advantage of unpainted walls which I took a couple photos of.

There are quite a few narrow pedestrian-only alleys with little cafes that felt just like being back in Europe. Photos below.

Our ship didn’t dock in Melbourne, unfortunately, but in Geelong, almost 2 hours away on an expensive shuttle bus. The ship offered multiple excursions, all at crazy prices, but I usually opt to check out the main city as apposed to taking a tour of a candle factory or sampling wines and whiskey. I didn’t come all this way (I have to remind myself I’m technically working) to make handmade paper and soaps 8,000 miles from home.

Another thing I noticed is how many anti Trump slogans I have seen here today in Melbourne and also a few days back in Sydney.

I spent a little over an hour in the main art museum, which was quite interesting with it’s classical, modern and just downright whacky ‘stuff’ all shoved into one beautiful eclectic yet modern building. Greeted by a massive Water Wall (photo below) and then the Buddha being climbed upon by Roman classical figures (photo below). I spent some time with Rodin, Mattise, Renoir, only one Monet, no Lautrecs, and then Warhol before entering the video den. That’s where it got a little whacky. 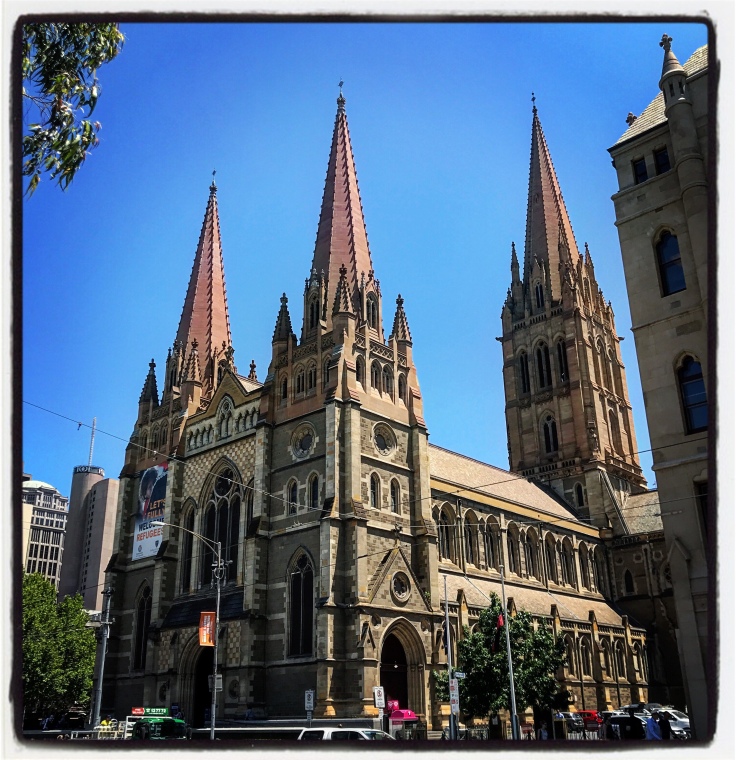 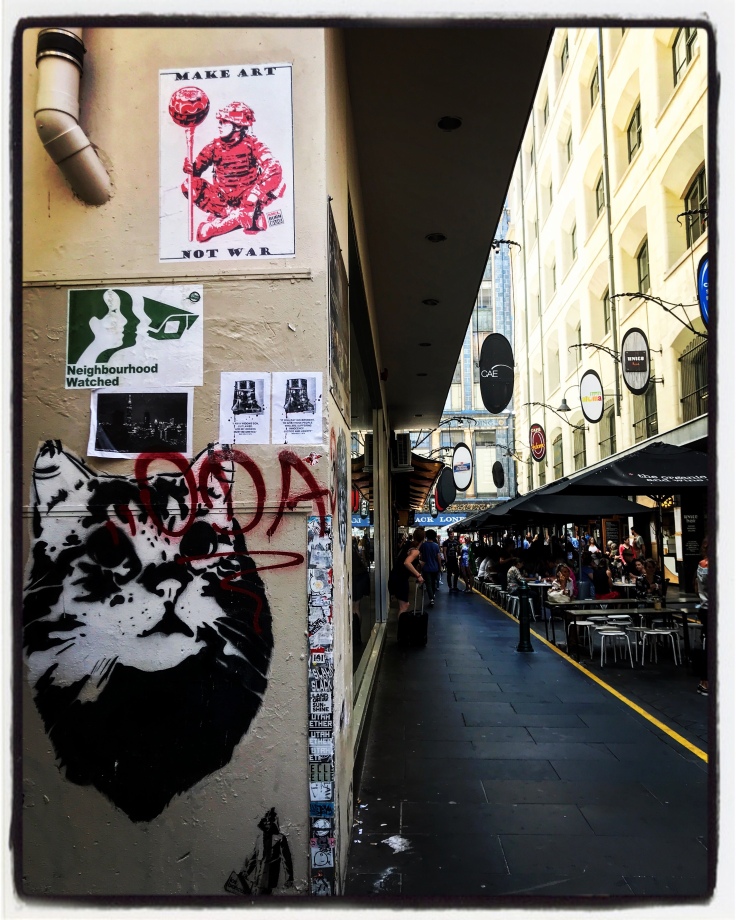 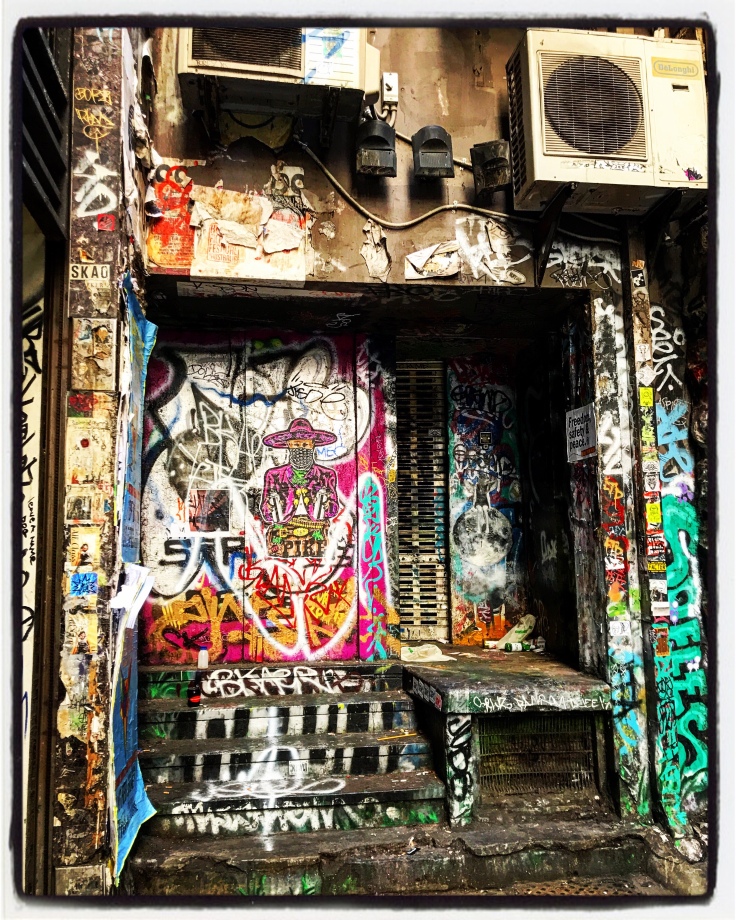 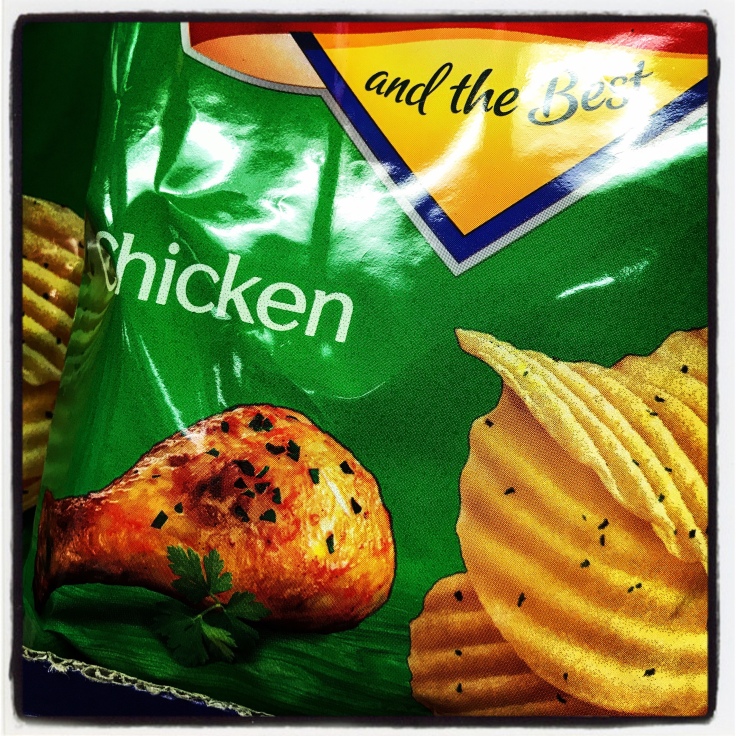 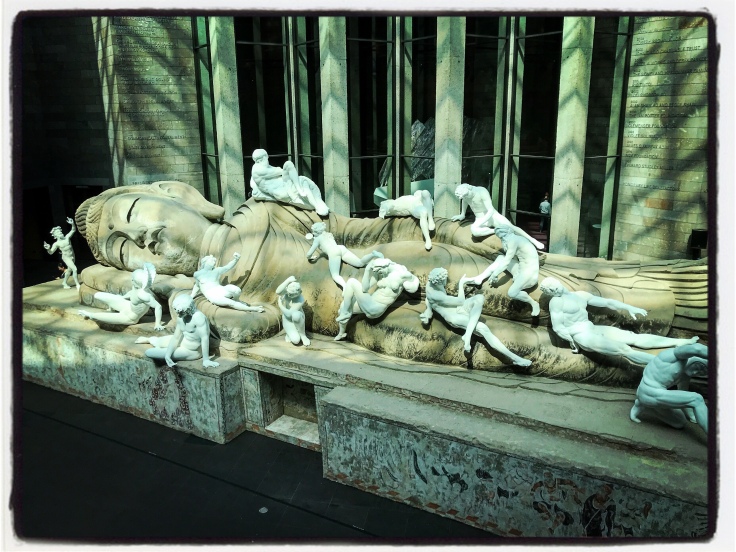 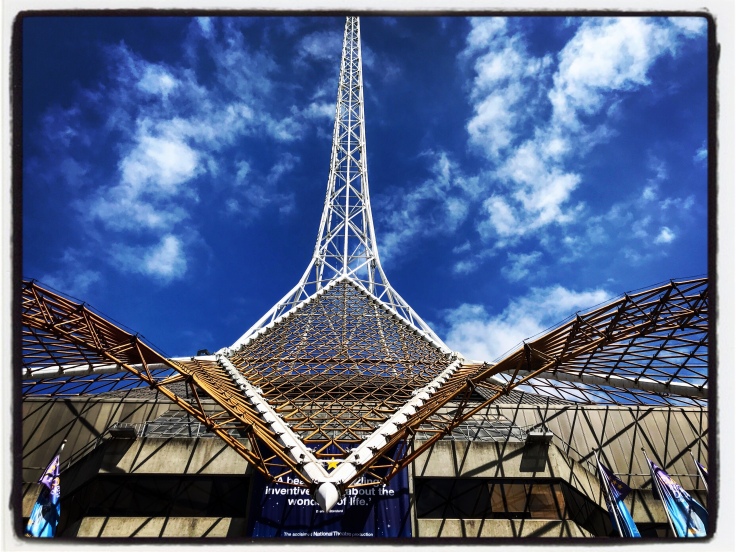