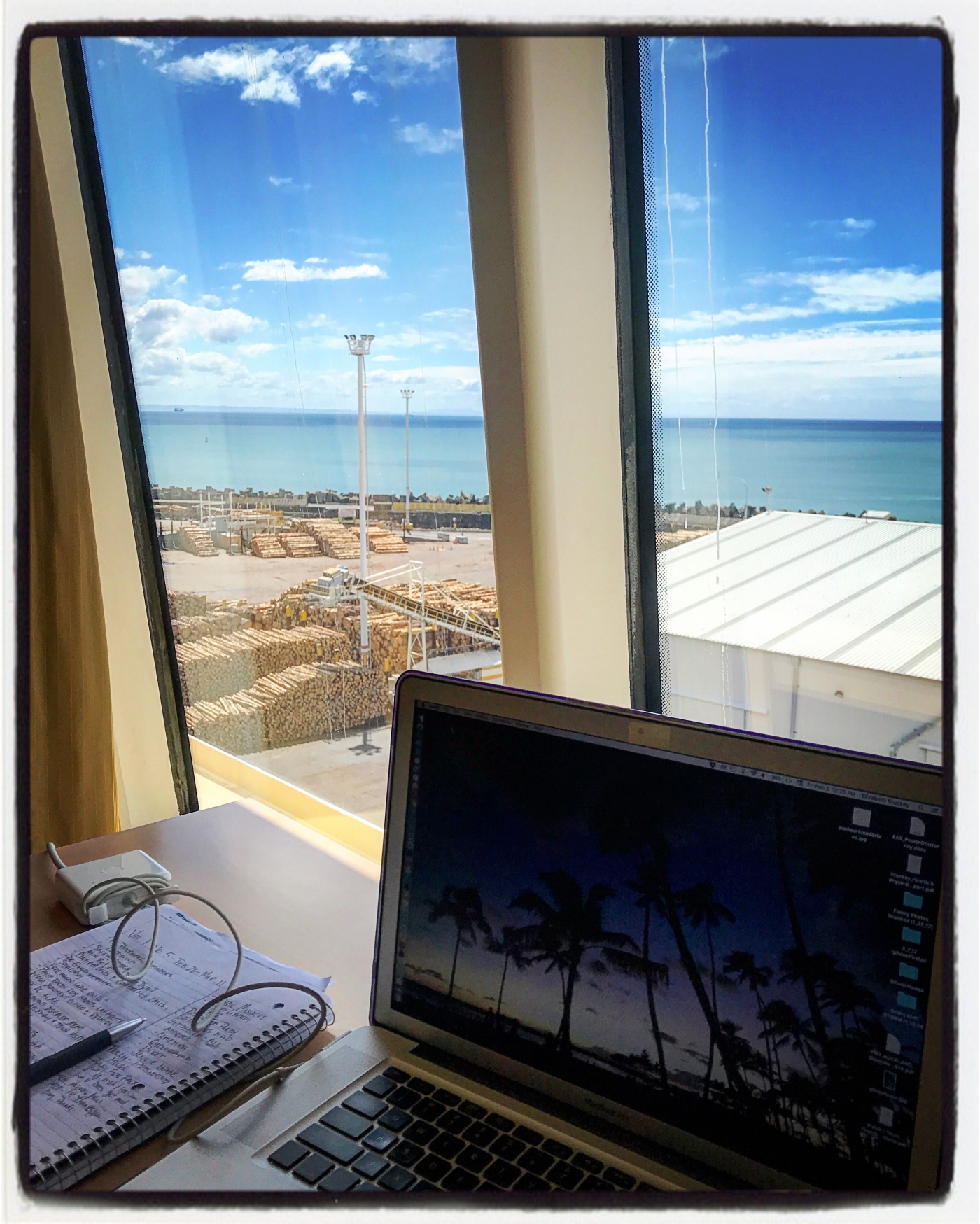 We have started to circle back towards Sydney and today we stopped again in Napier, New Zealand, so I decided to stay on the ship and get some paperwork done.

I’ve decided to take on a task of putting together a bi-monthly newsletter for other TDs at my student tour company, and it has become a much larger feat than I ever imagined. On the good side I’ve learned quite a few new things that I didn’t before this daunting task. I’m doing my best to try to find ‘off the beaten path’ stories, people, monuments, and statues that we don’t normally deal with every day on the east coast. For the amount of countless hours I put into each one, I hope my colleagues will get something out of each issue.

Now, let’s talk for a second about my adorable new ship boyfriend from Serbia, Vladimir. He is obsessed with Starbucks coffee and Crepes. Apparently coffee in Serbia, like everywhere else in the world, is a very very big deal and there just aren’t cups large enough to hold as much coffee as he would like to take in every day. In Wellington he had a venti-sized Starbucks coffee when I ran into him at the bookstore and then later that day he had another venti. It was like his third or fourth in the brief time he was able to be off ship. When I met up with him at 8 tonight he was absolutely wired and loving life. As for his love of crepes, I saw him bent down behind one of the food bars and I thought he was picking something up but he was secretly shoving a gigantic Nutella-filled crepe in his mouth. I could not stop laughing.

Below is a picture of my Zen cabin.