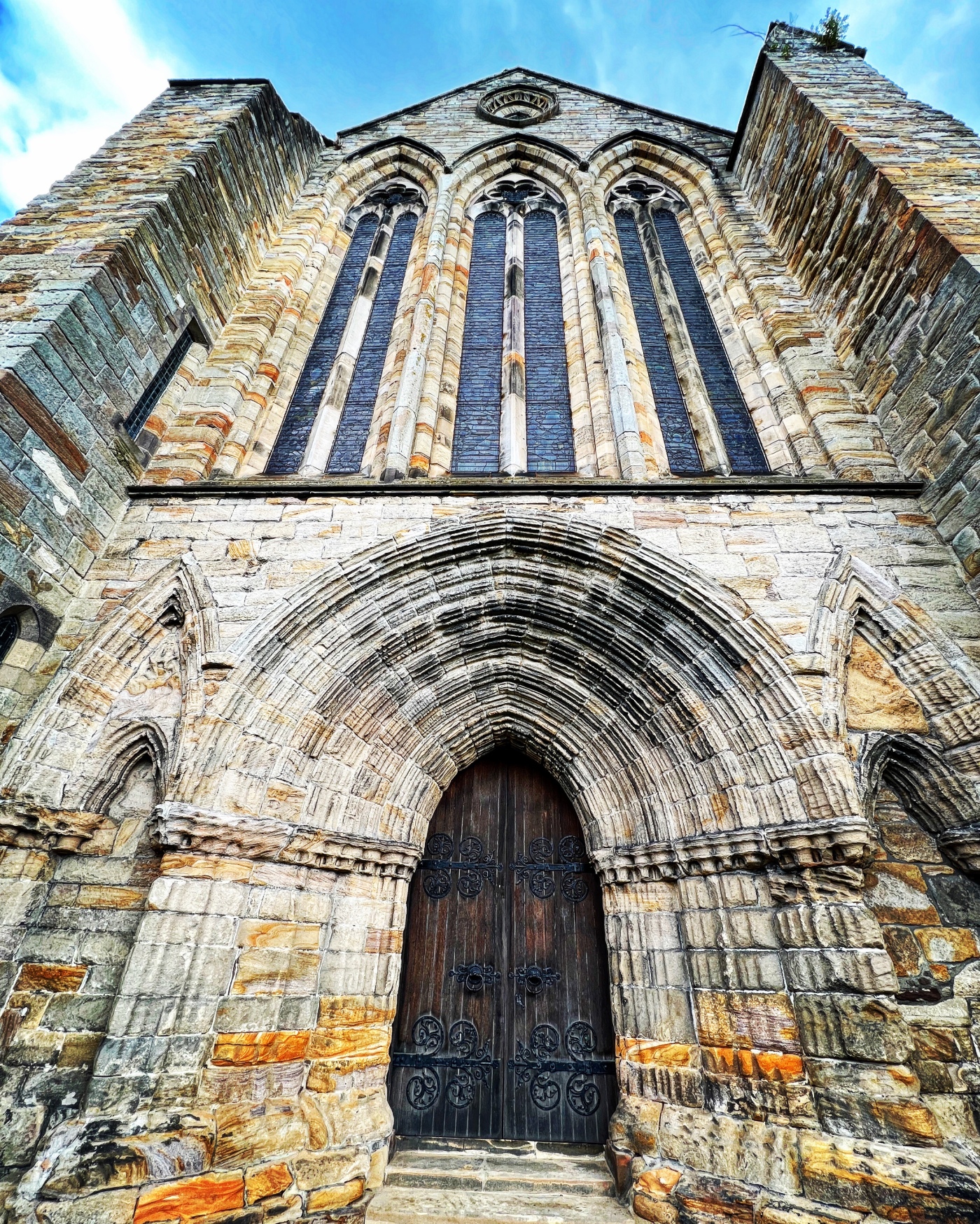 The church is dedicated to the 6th century saint, St. Blane and this gives its name to the settlement: dunblane meaning hill of St Blane.

The church also had an altar to St. Lawrence. The oldest surviving part of the church is the lower four storeys of the tower which date from around 1100AD.

The upper two storeys of the tower date from around 1500.

The Cathedral was once the seat of the bishops of Dunblane (also sometimes called ‘of Strathearn‘), until the abolition of bishops after the Glorious Revolution in 1689. There are remains of the vaults of the episcopal palace to the south of the cathedral. Technically, it is no longer a cathedral, as there are no bishops in the Church of Scotland, which is a Presbyteriandenomination. After the abolition of prelacy, the choir became the parish church but the nave fell out of use, and its roof had fallen in by about 1600.

It contains the graves of Margaret Drummond of Stobhall, a mistress of King James IV of Scotlandand her two sisters, all said to have been poisoned.

Unusually, the building is owned by the Crown, and is looked after by Historic Scotland rather than the church governance; there is no entrance charge.